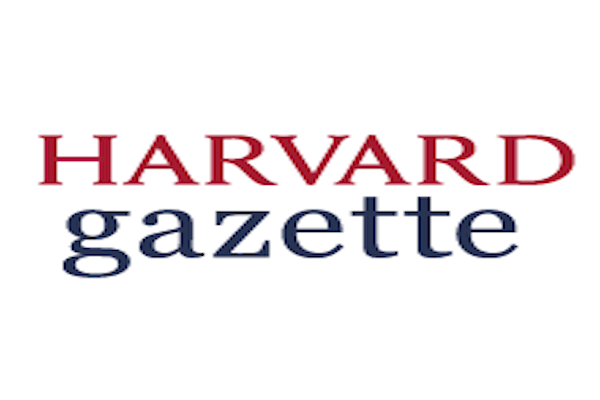 Callum Gilbert was an unemployed bricklayer and high school dropout when in 2006 he was attacked outside a hip-hop concert in his native Liverpool, England. A sudden flurry of stabbings left the slender teenager with near-fatal wounds to the head, face, abdomen, and one arm. This summer, Gilbert – now 22 – is studying at Harvard’s Graduate School of Design (GSD), one of six young British students grinding through a six-week crash course in architecture. Last week (July 8), Gilbert sat in a brightly lit Gund Hall studio space – a strange setting, perhaps, for showing a visitor knife scars.

But the scars are a good way to express how far Gilbert has come, and what he has gone through, to get to Harvard for a summer of hard work, joy, and pride.

The same applies to his five companions, most of them with similar stories of early disenchantment with school, hard times in inner-city Britain, and – now – a sense of redemption through learning.

The visiting students – ages 18 to 25 – are sponsored by RMJM, an international design firm headquartered in Great Britain. Three are from London: Luke Henry-Powell, 18; Yohanna Iyasu, 19; and Oni Hinton, 20.

Three others are from farther north: Nick Ackers, 19, of Birmingham; Gilbert of Liverpool; and Paula McDonald, 25, of Glasgow. Last year, RMJM created a three-year Architecture for Everyone program, designed to encourage diversity in a profession that has few minority practitioners. Fewer than 2 percent of U.S. architects are black, and British statistics are similar, said GSD studio instructor Dk Osseo-Asare, M.Arch. ’09. The professionals who “design and build the cities of the world,” he said, “don’t reflect the people who live in the cities.”

It was last year too that RMJM announced a $2 million gift to the GSD, establishing the RMJM Program for Research and Education in Integrated Design Practice. Its intent is to encourage more people to consider an architecture career. The RMJM gift supports students, research, case studies, lectures, conferences, and publications. Architecture for Everyone was established in cooperation with the Stephen Lawrence Charitable Trust, named for an 18-year-old student murdered in a 1993 racially motivated attack in London. He had planned to be an architect.

The irony is not lost on Gilbert, who survived his own stabbing attack – and sees that it changed his life. “When I think about it now,” he said of the incident, “it was waiting to happen. Something bad was going to happen to me because of the route I was on.” What he called his “rough patch” today “definitely pushed me to greater things,” said Gilbert, whose heritage is African, Israeli, and British. “I don’t want to go back to that life.” Nor is the story of Stephen Lawrence lost on Henry-Powell, a hulking, soft-spoken 18-year-old who favours gold chains and starter jackets. His home in London is near the bus stop where the young Lawrence was killed.

“Design has always been a passion of mine,” he said. “I like the thought of being able to create something, to contribute to the world’s visual landscape.” On the horizon for Henry-Powell: a university degree in interior architecture, and a career beyond that refurbishing old buildings to be comely and energy-efficient. Meanwhile, “it’s a dream come true to attend Harvard,” he said. “I’ve learned more in this three weeks than in my whole foundation degree. I’m going to have a head start when I get back.”

To get to Harvard on an RMJM scholarship, Henry-Powell and the others won competitions that followed a series of Architecture for Everyone workshops in four British cities. They flew to Boston together from London on June 13 and will fly back, certificates in hand, in late July. Meanwhile, they live near each other in Harvard’s Ames Hall, work near each other in Gund Hall’s “trays” – tiered work stations – and hang out together in the late evenings.

“You wake up at 8, you leave at 9,” said Iyasu, a Londoner who’s studying interior architecture in Birmingham. “At 12 [midnight] we go home – and we do the same thing from Monday to Friday.”

On the nights the six get home early, they might sit in the lounge to watch “telly,” said Ackers. “Even on those social evenings, people have their sketchbooks out and they’re working.”

Ackers – officially Arthur James Nicholas Ackers – was adopted from an orphanage in Romania, struggled in school, then was reawakened by thoughts of a career in architecture.

Iyasu was born in Eritrea and spent her girlhood in the Netherlands. When she moved to Great Britain at age 11, she couldn’t speak a word of English.

At college in Birmingham, she had a job at McDonald’s – and is afraid it might not be there when she gets back. Meanwhile, though, she spends hours in a paper-strewn corner work table in a second-tier Gund Hall tray. Last week she was puzzling out the best color palette for a hypothetical new design for City Hall Plaza in downtown Boston. Ackers was using perspective drawing and blocklike models to study views of the plaza. Henry-Powell, hunched over his work table, was working on a precision drawing of the plaza’s light and shadow patterns, augmented by complex numeric charts.

For the British students, six weeks of intense study and work will come down to 20-minute project presentations, based on varied treatments of how to rework the plaza. The six are in the Career Discovery summer program, which has been part of the pedagogical mix at GSD for 35 years. Nonprofessionals are immersed in 45 days of lectures, drawing classes, field trips, computer workshops, and a battery of studio projects that escalate in duration and difficulty. Students, ranging in age from 18 to 60, explore the rudiments of design in one of four tracks: architecture, landscape architecture, urban planning, and urban design. Most are college juniors and seniors, but Career Discovery students also include high school graduates and midcareer professionals from disparate professions.

Career Discovery is increasingly in tune with the emerging idea that the richest education comes by doing, said program director and Boston architect Jeffrey L. Klug, M.Arch. ’91 – with one example being the intensity, variety, and collaboration of studio-based learning at GSD. He has a favourite story from his 10-year tenure as Career Discovery director: A young educator studied urban design one summer, and later used the same studio model of learning at an inner-city school in Washington, D.C.

“Through urban design they learned history; they learned mathematics; they learned cultural issues,” said Klug, “– and they see how these things are all interrelated.” The British students this summer are mature, committed, and “enormously talented,” said Osseo-Asare. But they also represent a novel first step in attracting more minority students to architecture, he noted. “It makes me feel incredibly hopeful. Architecture is the last profession to get up-to-date.”