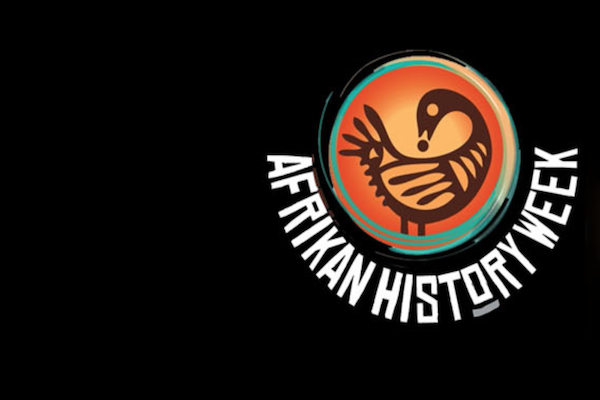 Come to Nick Makoha’s Show – My Father & Other Superheroes ” Today from 7:30 pm to 9:00 pm. Friends of the British Council can ask for free tickets at the door. Please note limited places left so be early in order to get your ticket. Performance starts at 2000. Nick opens the sixth Afrikan History Week at the Theater boat MS Innvik in Oslo. The renowned Ugandan-British poet Nick Makoha shares a personal monologue “My Father and Other Super Heroes: an Allegory of Fathers and Sons”. Then, we launch with over 40 artists and contributors and 17 events, six days and nights. It is expected between 4 – and 5,000 visitors to the festival, which is unique in its kind.

On the 15th he will perform at RIKSSCENEN:  Participating artists on the night are – Nick Makoha (UK) – on his show “My father and Other Superheroes” Amiri Baraki (USA) – Black poetry in the US Manou Gallo (Elfb K/Be) – world music Tuggstar (UK) – poet: coaching Bertrand Besigye (No) – talking about his own poetry

From 13 to 19 Sept. Africa occupies the capital of Norway during the annual festival Afrikan History Week, held at new Riksscenen by Schous Culture Brewery in Oslo.

• First held in 2005 with the aim of developing a general awareness of African history & culture.

• It mixes entertainment and culture and awareness. It is where tradition and modernity  converge.

• Afrikan History Week is organized by representatives from the African community in Norway.

• There are more than 50,000 inhabitants in Norway of African origin.

• This year’s theme, “globalization” is questioning Africa’s role in the “global village”

• Over 40 artists, orators and artists presented during the festival.