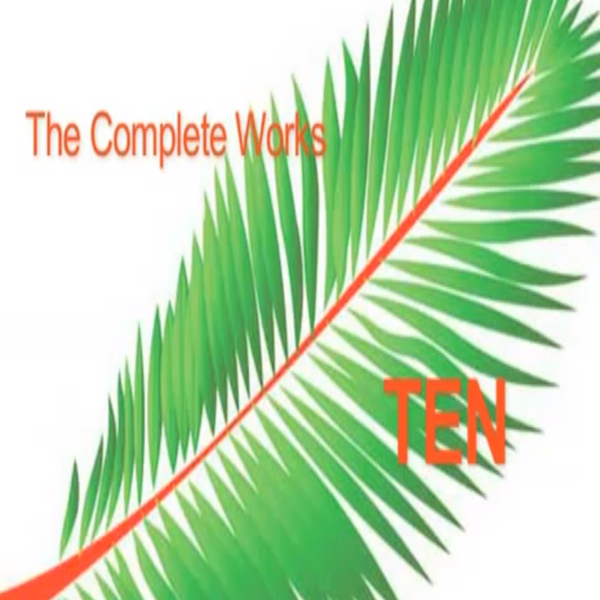 Join our hosts Bernardine Evaristo and Daljit Nagra at this spectacular showcase event to celebrate The Complete Works. This was an ambitious two-year project to support talented Black and Asian poets in their professional development and development of their craft. Devised and coordinated by Spread the Word, in collaboration with Bernardine Evaristo we are delighted that this event also marks the publication of “Ten” an anthology of the poets’ work by Bloodaxe Books.

Roger Robinson is a Trinidadian poet and playwright who has lived in London for 20 years. He has performed worldwide and is an experienced workshop leader and lecturer on poetry. He was also chosen by Decibel as one of 50 writers who have influenced the Black-British writing canon over the past 50 years. He has received commissions from the Theatre Royal Stratford East, The National Trust, London Open House and the National Portrait Gallery. He has toured extensively with the British Council and his new book Suckle was published in July 2009 by Waterways Press and won the Peoples Book Prize in 2009.

Born in London, Denise Saul is a poet, fiction writer and visual artist of Guyanese and Ethiopian ancestry. Her White Narcissi collection was the Poetry Book Society’s featured pamphlet in the winter of 2007. She is a former recipient of the George Viner Trust award for journalism.

Seni Seneviratne was born in Leeds in 1951 to an English mother and Sri Lankan father. She has been writing poetry since her early teens and was first published in 1989. She won second prize in the Margot Jane Memorial Poetry Prize, Onlywomen Press. She has given readings and performances in Vancouver, Cape Town, and around England and her collection Wild Cinammon and Winter Skin was published in 2007 by Peepal Tree Press.

Malika Booker is a British poet of Guyanese and Grenadian parentage whose work spans literature, education and cross-arts. She has appeared world-wide both independently and with the British Council. She was Hampton Court Palace writer in residence in 2004, a commissioned writer for Croydon Museum, the Welcome Trust as well as an Arts Council Fellow at the India International Centre in Delhi. She is an experienced creative writing course leader and has run courses for various organisations including The Arvon Foundation, National Theatre and the Young Vic. Her collection Breadfruit was published by flippedeye in 2007 and recommended by the Poetry Book Society.

Mir Mahfuz Ali is a Bangladeshi poet who came to the UK as a refugee. His poetry has been published in Ambit, London Magazine, Poetry London and various anthologies in the UK and US. He was short-listed for the New Writing Ventures prize in 2007. He was recently featured on Newsnight Review during Refugee Week.

Shazea Quraishi is a translator and a writer of poetry, short fiction and children’s books. Her poems have been published in anthologies and in magazines in the UK and the US, including most recently Modern Poetry in Translation. Shazea is currently working on a long poem sequence based on the life of courtesans in India in 300 BC, and a children’s picture book.

Karen McCarthy Woolf was born in London to English and Jamaican parents and writes poetry, drama and short fiction. She was writer in residence at the Museum of Garden History and literature development agency Spread the Word. Her chapbook The Worshipful Company of Pomegranate Slicers was selected as a New Statesman Book of the Year in 2006. Current commissions include Open Notebooks – a project exploring the writer’s process and creativity for Spread the Word.

Rowyda Amin was born in Canada to parents of Saudi Arabian and Irish origin. She has lived in Riyadh and is now based in London. In 2009, she was awarded the Wasafiri New Writing Prize for poetry. Her poems have appeared in Magma, Wasafiri, Notes from the Underground, Rising, Calabash, The Frogmore Papers, and the anthologies Coin Opera (Sidekick Books,2009) and Exposure (Cinnamon Press,2010). Rowyda’s debut pamphlet will be published as part of the Pilot series of new poets under thirty.

Janet Kofi Tsekpo has been published in Wasafiri and featured in the anthology Bittersweet which she co-edited with Karen McCarthy. She currently runs a national professional development programme for the cultural sector.

Born in Uganda, Nick Makoha fled the country with his mother during the Idi Amin dictatorship. He has lived in Kenya, Saudi Arabia and currently resides in London. He has presented his work at many international events and toured for the British Council in Finland, Czech Republic, the US and the Netherlands. His pamphlet, The Lost Collection of an Invisible Man, was published by Flipped Eye in 2005 and he has been widely published in journals and anthologies. He has recently completed a project with the Tate Modern. His one man show, ‘My Father and Other Superheros’ was showcased at Stratford Theatre East.