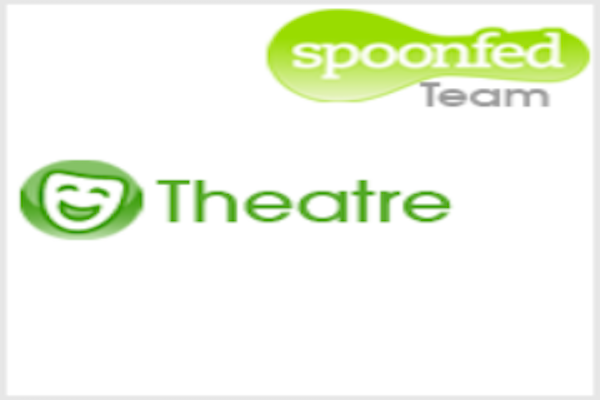 On Progress: Nick Makoha “My job is not to fight labels” By Naima Kahn

There are many ways to measure progress in theatre. Here are a few ideas I have considered. One measure would be to ask what kind of show you are delivering. Theatre in my experience is packaged in a way that alienates your everyman. Shakespeare our national treasure is sold as an elitist product. I find this ironic when you find that the bard wrote for the common man and spoke in a common tongue. This fictitious psychological and class barrier seeps its way into the class room. So from a very early age a child is made to feel that this theatre, this poetry, this language is not for me. Theatre is not a political devise. To paraphrase the words of June Jordan (she was talking about poetry at the time but the shoe fits): theatre is for the people. It should not just be a special event, it should be as easy as taking your child to the park or popping down the road to get a paper. It should be woven into the fabric of our society in a more intimate way.

I guess when you get kids downloading theatre shows the way they do music and games you know you are on to something.

It’s also important to consider what type of audience is coming to see your show. When I first scratched my one-man-show My Father and Other Superheroes the age range was from 7-70, all sexualities and from a differing cultural and social standing. For many, particularly young men, it was the first time they had been to a theatre.

To this end, statistical and anecdotal evidence of diversity are needed to show progress in theatre. Let’s not kid ourselves, there is a business to this art. The artist, the theatre and potential sponsors need to know the numbers. My show is a product of Spoke-Lab which brings together multicultural spoken word artists and as a new artist in the genre I want to explore the art forms of spoken word and theatre to see how the two might collide and inspire each other to create new waves of expressions.

Other artists in the process were: Kat Francois whose show Raising Lazurus is about to go on a national tour, Roger Robinson whose show Over the Dune is being developed by the Young Vic, Inua Ellams whose show The 14th Tale won a fringe first at Edinburgh and went on to show at the National. Then there’s my show which went on to be funded by the arts council and is currently on a mini tour before the national and international legs kick off. On a statistical basis all four shows developed in the Spoke-Lab arena have gone on to be developed further. This to me is a green shoot sign. As an artist I am for promoting diversity through discussion and evaluation as long as it is a by-product of developing good work. Work that has symbiotic success for artist/ audience or theatre and artist.

And as an artist in the modern age, I think, you have to consider yourself as a brand. Your brand like your word should have integrity. You have to defend against the trend to be portrayed as just an ethnic entity. This is cliche and does great damage to your longevity as an artist. Pigeonholing will always be an issue as long as I am in this skin. It is the way of the human to categorise things. It is just a label. My job is not to fight labels but to make great work. If the work is good enough it speaks for itself. If not they start speaking about you. Press is like going to a dinner party you want to be seen in your best light, as someone who stands out from the crowd.

As a career theatre is not an easy door to walk through. No clear signposts to success. The time given to work produced and to profit gained is ambiguous, so initially it can be off putting. You really have to let your passion guide you if you want to make it and build a will of steel. You have to be a servant to your craft. I don’t know why I am stepping on this yellow brick road. But I do know this: every time a new artist steps in the arena they make it easier for the next one. I have many artists to thank for the doors opening for me.

Nick Makoha’s My Father and Other Superheroes runs at Albany Theatre on 23rd February.