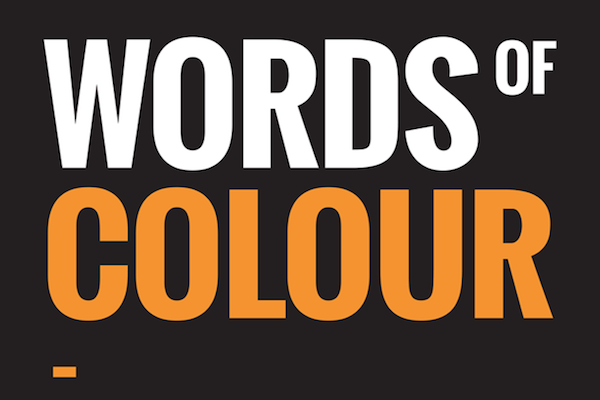 Joy Francis from the Words of Colour Productions caught up with my while just before I was about to perform at the Albany last month. To read the

full article and the poem Beatitude go to Words of Colour

Nick Makoha describes his poetry as “weird”. The Uganda-born, London-based poet has been honing his craft for nearly 12 years. Makoha is one of 10 new poets selected for Spread the Word’s Complete Works development programme, which led to the Ten Anthology (2010).

He recently toured his one man show My Father & Other Superheroes about absent fathers. The former resident artist of Spoke-Lab and writer-in-residence for Newham Libraries explains to Joy Francis his inspirations and why poetry can transform young people’s lives.

What drives this sense of otherness for you? Although I have been writing professionally for over 11 years, it is only in the last four yeas that there has been an awakening in my consciousness about what I’ve been writing about. I am from Uganda and I’m here because my parents were forced out under the Idi Amin regime. Even though I have a Western consciousness, part of my thinking is African, which occurs to me like a ghost.

As one of 10 contemporary UK poets selected for the Complete Works development programme, you were mentored by eminent Hungarian poet George Szirtes. What was that like? It was like meeting a wizard. His first words to me were “Nick, I will always be there for you”. He was looking for an authentic poet. I don’t know what that is but the programme is finished but he is still a phone call away. You have to understand that as a writer you are contributing to a lake of voices. I’m talking about T.S. Eliot and Shakespeare in Western culture. In Asian culture it’s the Haiku writers. In East Africa you have the orators. The mentor, in my case George [Szirtes], opens you up to that lake and gives you a ground to stand on.

You are director of the Youth Poetry Network. Has poetry been used by the young people to reflect on the riots and how they were covered? Not directly. We take some of our young poets to Chicago as part of the London-Chicago Teenage Poetry Slams. Late last year we took four young people whose theme was the riots. I am about what young people can do, not what they can’t do. We do that through language and self expression. This gives them confidence, which then gives them the ability to think about what is possible. That is what the Youth Poetry Network is about.

You recently toured your one man show My Father & Other Superheroes about absent fathers. Why this theme? I want people to bring the conversation of the father back into the household. When the father is stigmatised, you also stigmatise the family and the mother. I wanted to address this in my own life and in wider society. It started when my daughter was born. I realised that I didn’t know how to be a father and this flaw was something I was uncomfortable with. I have two children now.

Do you think there is a poetry revival taking place or is it still a struggle? There have been revivals in the past. I would say it is more of an awakening. Shakespeare spoke in the colloquial language of his time. You can relate him to rapper Jay Z, who also relates to his community but also transcends his community and has gone global. When you highlight this to young people, they begin to see that they belong to a continuum of language and that language is a catalyst for change. This language, including poetry, belongs to everyone.