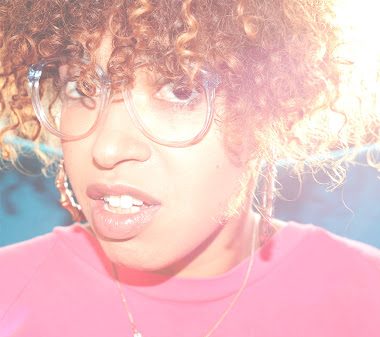 Join us at Ovalhouse theatre for this very special ‘scratch’ event, exploring the exciting creative overlap between Spoken Word, Live Lit and Video Verse. We have brought together a group of some of the most interesting poet-performers – Nick Field, Nick Makoha, Simon Mole, Sonority Turner and Paula Varjack (pictured) – and have asked them to share some of their newest work with us. Each writer will present a 10 minute sample of their work, and will take part in a panel discussion and Q&A hosted by Spread the Word.

You know me but the others are

Nick Field writes, devises and performs live art and poetry-theatre. In May 2011 he premiered his first full length show The Cosmos, The Cosmetics at Brighton Fringe Festival, which he then toured to Stockholm Fringe Festival in August 2011, and around the UK. Nick also plays the harp and sings and has a band called Waterpuppet. Nick is currently an Associate Artist at Ovalhouse, London.

Simon Mole “…hails from a land between spoken word, hip hop, and theatre.” With an eye for the often overlooked in the everyday, his work is entertaining and accessible but remains rooted in a love of the craft of writing. In 2010 Simon sold out the London run of his full length spoken word theatre show Indiana Jones and the Extra Chair, and is currently one of the lead artists on the Keats House Poets Forum, as well as one fifth of the Chill Pill collective.

Sonority Turner is a poet and artist who works in video and visible verse, spoken word, hip hop and live art.  She is a member of various innovative collectives including Keats House Forum and Elephant, and she is a resident poet at Lyrically Challenged.

Paula Varjack is a writer and performance artist.  Her work yields a unique fusion of lyrical storytelling and charismatic performance, often accompanied by music or video. For the last three years she has toured extensively, performing in theatres, bars, galleries and cabaret nights across Europe.