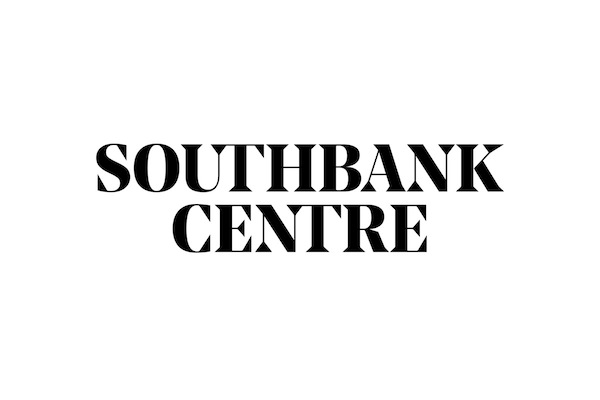 My Father and Other Superheroes

is Nick Makoha’s moving and powerful story about the journey from childhood to fatherhood.  Set across continents and eras, it follows one man’s struggle to come to terms with the responsibilities of being a parent and his confrontation with his own father’s absence.  Nick will be performing My Father and Other Superheroes at Southbank Centre on 31 May and 1 June 2013.  We caught up with him to talk about his show, father figures and superheroes.

Can you tell us how the idea for your show came about?
I had no intention of writing a one-man show initially. I was in the middle of finishing my first poetry collection. It was Roger Robinson and Dawn Reid who invited me to be a part of SpokeLab at Stratford Theatre Royal. The idea was to fuse poetry and theatre together and see what sticks. I worked with other poets, Inua Ellams and Kat Francois to name but a few. When I say work it was more play. We would meet up every fortnight or so and gather ideas. I had an idea that had been forming in my mind even before SpokeLab. It was to gather the important milestones of my life. But when my daughter came this milestone trumped all others. Dawn Reid had worked with me before on a show called Four men and Fathers, but that was poetry based. The theatre element was a different paradigm. After about a year three we were asked to showcase our work. At first I called the show ‘Milestones’ but after doing a workshop with Staci Makeshi at the Arts Depot [it changed]. She did this magic exercise where she gets us to visualise your show in the future. Then she asks you questions in this Zen/ Yoda type voice. One of the questions was ‘So what is your show called Nick?’ and form nowhere I said ‘My Father & Other Superheroes’. Things started to fall in place form there.

How has your history played a part in the development of the show?
The whole show is a true story based on my history. Or more importantly based on the importance of my father. I had to be convinced to do it. While in Spokelab I would tell Dawn and Roger stories and they would be in to fits of laughter. I would wonder ‘What are they laughing at, this is my life.’  Your own life never seems interesting to you because it is your life right! So they would film me telling them the stories and I would play it back. After a week of watching the tapes I got it. So the process was for me to translate the stories into poetic device and then into a theatrical poetic devise.

What role do superheroes play in your show?
Every character in the story to me is a superhero. Some are your archetype superheroes like Superman and Batman who I related to as friends or confidants. Others, like my mother were my everyday hero. She gave up a lot of her dreams to make my chaotic life seem normal. And then my father is the hero that is never there. I can’t say no more for more you have to come and see the show.

Did they have similar role in your childhood?
Superheroes were everywhere for me. I had a great imagination, a ferocious appetite for books, loads of comics and a TV. So I have been Spiderman, Luke Skywalker, Superman, Indian Jones… we could be here a while.

Who is your favourite superhero?
That’s like asking a parent who is your favourite child. I like different heroes for different reason. Take Superman.  As a kid I remember thinking he is just like me. We both are living in a land that is not our own trying to figure who we are without our dad. I could also relate to the fact that he was two people; the hero within and the person he portrays to the world (Clark Kent). So when you look beyond the cape there is a magic to Superman or should I call him Kal-el.

Was there anyone in particular who became a father figure for you as a child?
There were many father figures. One was my math teacher in my Kenyan Boarding school in Thika Kenya. I was 14 and felt like a cultural nomad. By then I had lived in four different countries and this was my third boarding school. He was a stabilising factor for me. He took me under his wing and helped me build my maths grade back up to an A. It always took a while to adjust to a new school. Anyway, one day we woke up to the news that Mr Patel had died of a heart attack. I remember crying under a tree thinking there must be something I can do. So I wrote him a poem. My teacher got the poem published in the Imani School year book and from then on I was asked to recite poetry all over the country. So both in his life and death I have a lot to thanks Mr Patel for.

What advice would you give to fathers?
I am no authority but my best advice on being a father is the 1st rule of #dadclub … Be there.

What is the most exciting thing about performing at Southbank Centre?
The Southbank is my home away from home. I am one of the original members of Malika’s Kitchen, a poetry collective that used to meet in Malika Booker’s Kitchen around food to improve our craft. When the numbers got too big we needed a new base. Southbank was that base. I have got to meet some of my favourite contemporary poets/artists that sit on my bookshelves here. Wole Soyinka, George Szirtes, Jo Shapcott, Simon Armitage Saul Williams, Kwame Dawes. And now I know it’s not just me who likes this spot, my daughter loves it too. We like to go to the Tate Modern then come and hang at the Southbank. I am what you call a ‘Southbank Dad’.

How does it feel sharing your life and intimate thoughts and feeling on stage with strangers?
Initially it was an adjustment to share my life in such an intimate way. My director Benji Reid made me aware that what we were doing was not eavesdropping on a piece of my life but rather we were using my life as source material to make some art. So as a poet and playwright this is a personal text being elevated in the realms of theatre to universal truth. So as the actor in this show My Father & Other Superheroes I had to come in to the text through another door.

Who would you say has most influenced your life and career?
How long have you got. I have a store of inspirational people both real and imagined and they cross pollinate with one another. So here is an example of that. Charlie Dark (founder of RundemCrew) is an inspiration. We both became fathers around the same time and he has constantly supported me with what I do. His faith in people and what is possible is amazing. He always seems to appear in my life when I need advice. Being a contemporary in London from Uganda you feel like David Carradine (who played Caine) in Kung Fu. Being a writer is a path that you do not know where it leads. And Charlie  appears to me in my life like a master in those flashbacks in Kung Fu. Then another writer friend of mine said to me once before I had my daughter, ‘Why do you work so hard?’ I replied, ‘You got to work like what you do matters, like you have a child to provide for.’ That has always been my driver and now that my daughter and son are here the epiphany is true. So Charlie Dark/David Carradine as Caine in Kung Fu and my daughter before and after she was born are examples of how a variety of people influence me.

My Father and Other Superheros is on at Southbank Centre on Friday 31 May and Saturday 1 June 2013.