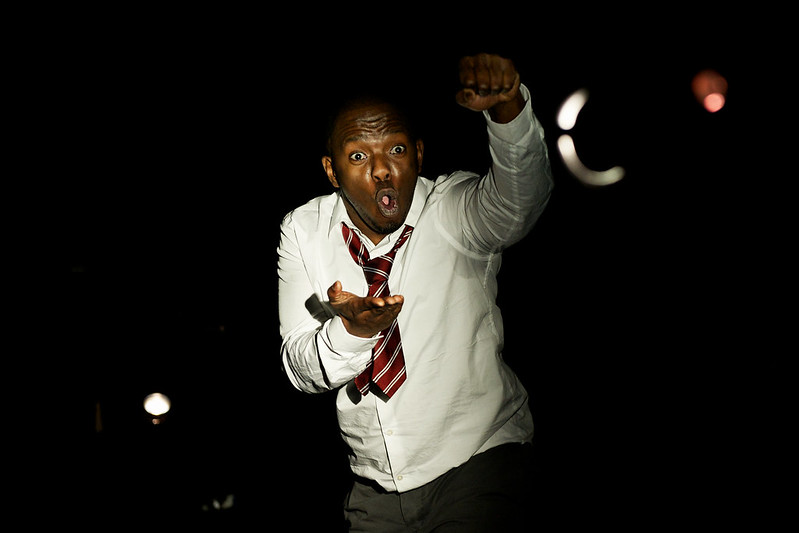 My Father & Other Superheroes at London Lit Festival

I have also teamed up with a bunch of my Superpoet friends to give you two cool events based around the show. So count it, thats 4 moments of fun in a 24 hour cycle. It’s a Hero sandwich.

On Friday after the show 31 May 2013, 8:30pm, poet Inua Ellams curates a miniMidnight Run event celebrating the show themes. Special guests include the voice of Randolph Mathews and the Shero that is Warsan Shire. As Inua (in his best Tolkien voice) would say Not all those who wonder are lost.

Then on Saturday morning Superdad Charlie Dark invites you on a Superhero Run with his running collective Run Dem Crew. Join us on a a mission-impossible superhero run around Southbank Centre. it includes pop-up performances along the way, and a prize for the best superhero costume!  if you turn up early we can meet at The Clore Ballroom at Royal Festival Hall to make your superhero mask. All running abilities and ages welcome.

I am just about to go into 3 weeks of rehearsals but I have a few more surprises for you. Keep Father’s Day free. In the mean time check out my tumblr Blog Hero In You it gives a behind the scenes view of my thoughts around the show and fatherhood.

On his home planet Krypton Superman is just a regular guy called Kal-el. It’s only when he lands on earth he becomes Superman. Isn’t that how all children see their fathers?

Get e-flyer Here  or hit the title.