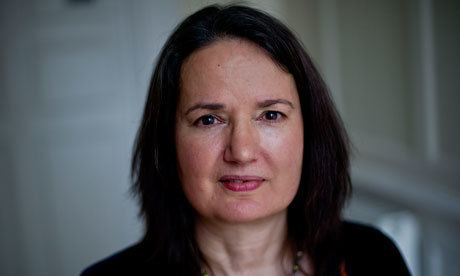 I was commissioned as the poet for Southwark as one of 33 poets selected to write 33 poems about all of London’s 33 boroughs Poets from a range of ages, ethnicities, backgrounds and career points include Jo Shapcott, Iain Sinclair, Inua Ellams and Imtiaz Dharker Poetry installations will pop-up across Southbank Centre’s site Members of the public are invited to contribute to poems at this weekend’s free London Lines poetry project at Southbank Centre

Artist duo Cabinet of Curiosity will install all 33 poems in a giant, walk- through 3-D map of the city on Southbank Centre’s Clore Ballroom

After a public call-out to poetry organisations and enthusiasts, 33 poets were chosen – one for each London borough. The poets either live, work or have some other significant connection to the borough which they are representing, such as having been born there or having celebrated their marriage there. The chosen poets reflect the abundant cultural diversity of London’s 33 boroughs, and the many neighbourhoods that co-exist in the city. From Iain Sinclair and Jo Shapcott to rising stars Warsan Shire and Inua Ellams, from 81-year-old Alan Brownjohn to 26- year-old Kayo Chingonyi and including poets whose heritage ranges from Polish to Italian to Malaysian to Pakistani to American to Zambian.

As part of Southbank Centre’s Festival of Neighbourhood with MasterCard, the final 22 poems will be written this weekend. Members of the public are invited to come to Southbank Centre to write a memory, story, thought or idea about a London borough that means something to them on special cards created by design and architecture duo Cabinet of Curiosity. Contributions can also be made by tweeting @litsouthbank and @JaybirdLiveLit #londonlines. Tweets will appear live throughout the weekend on a giant screen on Southbank Centre’s Clore Ballroom. The cards will be used by the 22 poets as inspiration for their final poem, which will be written overnight on Saturday. On Sunday all the cards and the final 33 poems will be installed on The Clore Ballroom in a giant 3-D map of the city created by Cabinet of Curiosity which members of the public can walk through and explore.

‘London is an incredibly rich source of poetry as it is brimming with cultural diversity and hundreds of different languages and dialects. We have invited 33 poets, one for each of London’s 33 boroughs, to create their personal poetic response to the varied and unique neighbourhoods that make up our capital. This weekend we need people to come down to Southbank Centre and help us complete all 33 poems as part of our Festival of Neighbourhood with MasterCard.’

London Lines follows Southbank Centre’s successful Poetry Parnassus festival, part of the London 2012 Festival, and further underlines the organisation’s commitment to poetry. Southbank Centre’s Festival Wing project, to refurbish the Queen Elizabeth Hall, Purcell Room and Hayward Gallery complex and create new arts and cultural spaces, will include a new National Literature Centre. This will include space for spoken word performances and workshops, and a more visible and accessible location for Southbank Centre’s Saison Poetry Library. There will also be a dedicated space for children and families, which will be the new home for the children’s collection of the Poetry Library.