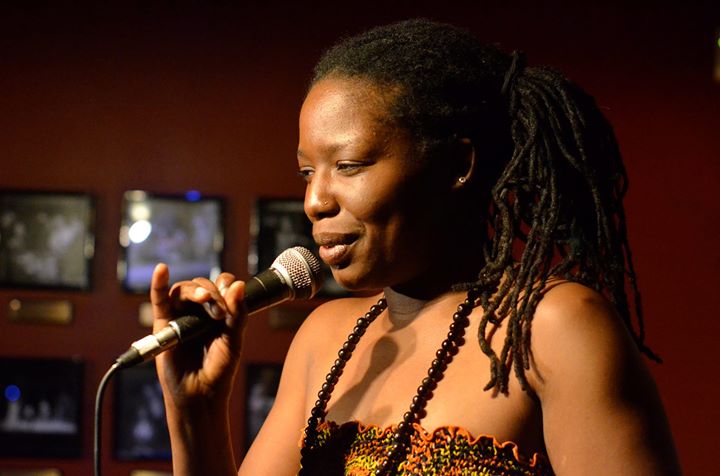 Spoke-Lab: As a resident artist of Spoke-Lab I developed my show “My Father & Other Superheroes” One man’s honest revelation of how pop culture raised him in the absence of his father. It is an autobiographical account looking at how boys deal with “absent father syndrome”. It looks at how the TV male icons act as a surrogate fathers to fill the void of loneliness.

As a new wave of artist I am aware that poetry in the theatre is by no means a new idea. There was a role for poetry in the great world theatres of the past — the Greek theatre, the Elizabethan theatre, the Japanese theatre. However, in modern times the playwright was obliged to write his poetry according to certain fixed conventions and as the popularity of poetry waned so to did it’s part in the theatre.

Spoke-Lab is an exciting coming together of spoken- word multicultural artists, who along with Roger Robinson (Writing Coach) and Dawn Reid (Associate Director at Theatre Royal Stratford East), feel the urge to explore the art forms of Spoken Word and Theatre and see how the two might collide and inspire each other to create new waves of expressions.

My Father and other Superheroes: An allegory for fathers and sons. Educational workshops for young people will be offered that explore heroes, self-esteem and relationships to encourage confidence and to think of the purpose of male role models in society.