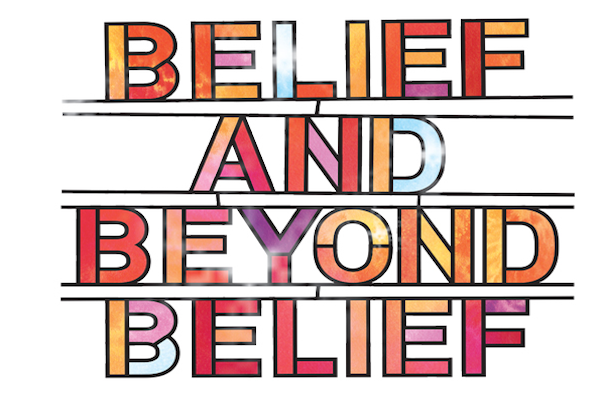 Part of Belief and Beyond BeliefJoin poets from Uganda, Sri Lanka, Syria, Iraq and Spain explore the conflicts that have affected their lives and the lives of their families, and investigate how they have changed their understandings of religion and faith.

This poetry performance and panel discussion is hosted and curated by poet Laila Sumpton, and includes musical performances from Ethiopian artist Haymanot Tesfa. How do you approach the daunting themes of war and religion in poetry? See if such weighty topics can be challenged by humour – a vital weapon for survival.

Nick Makoha, who left Uganda as a child and grew up in the UK. His first collection, Kingdom of Gravity, was shortlisted for the 2017 Forward Prize and the Felix Dennis Prize for Best First Collection and explores the Ugandan civil war that ousted Idi Amin.

Seni Seneviratne, a writer, poet, performer, singer and multidisciplinary creative artist of English and Sri Lankan heritage. She is currently working on her next book based on her father’s experiences in North Africa in the Second World War. Her poem ‘Operation Cast Lead’ was shortlisted in the 2010 Arvon International Poetry Competition.

Amir Darwish, a British-Syrian poet and writer of Kurdish origin who lives in London. He was born in Aleppo and came to Britain as an asylum seeker in 2003. His collection of poetry is Don’t Forget the Couscous (Smokestack, 2015).

Marina Sanchez, who was brought up a Catholic in Mexico and Spain, and her earliest memories were shaped by the Spanish Civil War. Her pamphlet Dragon Child (Acumen, 2014), was Book of the Month in the poetry kit website

Malka Al-Haddad, an Iraqi academic who has lived in Britain since 2012. She is a member of the Union of Iraqi Writers and Director of the Women’s Centre for Arts and Culture in Iraq. Her poetry has been published online and in Over Land, Over Sea- poems for those seeking refuge (Five Leaves 2015).

Haymanot Tesfa, an Amharic singer and traditional krar player who was born and raised in Ethiopia and now lives in England. She was the World Music Network Battle of the Bands winner and has performed as a soloist and with her trio at WOMAD Charlton Park, Celebrating Sanctuary Southbank and Rich Mix to name a few.

Laila Sumpton, whose writing and poetry projects have a strong focus on human rights and how we tell stories of war. She is an Associate Writer at Spread the Word and co-directs refugee and migrant poetry collective Bards Without Borders. She delivers writing workshops and events in schools, hospitals, libraries, parks and museums.