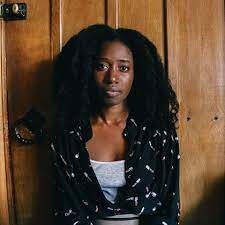 In 2005 literary activist and writer Bernardine Evaristo MBE urged Arts Council England (ACE) to investigate the lack of diversity in British poetry. The resulting report, Free Verse, found that only 1% of the poetry published by major UK presses was by black and Asian poets. In response, Evaristo and ACE set up The Complete Works (TCW), a national programme which selected 10 outstanding black and Asian poets, and offered them mentoring, seminars, literature retreats and publication in a Bloodaxe anthology.

TCW is now in its third round and has nurtured British poets from a wide range of cultural backgrounds including: Somalian, Saudi Arabian, Indian, Chinese, Argentinian, Haitian and Caribbean. Research conducted by its director, Dr Nathalie Teitler, has shown that the level of black and Asian poetry published by major UK presses has increased to almost 10%. A significant amount of this increase is directly related to the publications of the poets who have been part of TCW. And in 2015 two of the world’s biggest poetry prizes, the T.S Eliot Prize and the Forward Prize for First Collection, were won by TCW poets Sarah Howe and Mona Arshi respectively.

Together these represent a significant shift in the landscape of British poetry – and confirmation that TCW is one of the most successful diversity initiatives in British arts, one which could not have happened without the help of ACE.
The third round of TCW is supporting another 10 exceptional poets from around the UK and has several new features including: a national conference on diversity in poetry to be held at Goldsmiths, University of London in 2017; the formation of an international body of poets and academics supporting diversity; and a documentary about the current crop of poets. TCW now also has two additional national partners: The Poetry School and New Writing North.